Brown
Igor (pronounced "eeee-gor") is the main character in the comedy film of the same name.

He is voiced by John Cusack.

The Kingdom of Malaria's environment is devastated by a mysterious storm to which its ruler King Malbert blackmails the rest of the world to pay the town not to unleash the various doomsday devices invented by its Evil Scientists. In turn, they are assisted by Igors while the kingdom's annual Evil Science Fair showcases the scientists' latest weapons. One Igor, however, who serves the somewhat tedious-minded Doctor Glickenstein is a talented inventor who aspires to be an Evil Scientist himself. Among his inventions are his friends Scamper, a reanimated, immortal and suicidal rabbit and Brain, an unintelligent robot with a human brain transplanted into a life support jar.

When the malfunctioning invention explodes and decimates Glickenstein, Igor seizes his chance. With Brain and Scamper's help he assembles a huge and monstrous being from human remains. It first seems his experiment failed but seconds later, the creature disappears. He soon finds her sitting above him. The hulking beast lets out a menacing roar at her creators and stomps away. They find her in a blind orphanage playing with the orphans. There he discovers that the "Evil Bone" he gave her was not activated, making the monster sweet, friendly and gentle despite her hideous appearance. Igor tries to convince his monster that she is evil but fails as she misinterpreted "Eva" thinking that’s the name he give her.

Igor attempts to brainwash Eva into becoming evil by bringing her to a brainwashing salon where people are hooked into a machine and shown monster movies for a few hours. Brain also gets the same thing in order to watch TV but breaks the remote to his TV, so he takes the remote for Eva's room and in an attempt to change the channel he inadvertently changes Eva's TV channel from the horror movie marathon to a talk show whose topic of the day is the history of acting. She ends up watching the talk show for several hours and upon leaving the salon, she can speak English and wants to be an actress. Igor then takes her back to the castle in the car. On the way back to the castle, Igor's nemesis Dr. Schadenfreude and his shapeshifted girlfriend, Jaclyn try to steal Eva by using a shrink ray to shrink them all but are shrunk instead. When Brain rambles on about how he changed the channel for Eva's TV, Igor attempts to murder Brain with an axe in anger. Scamper sarcastically tells Eva they’re practicing for a play and she believes that they're performers. Igor instead decides to exhibit Eva at the science fair by telling her that the fair is an "Annie" audition with a few differences.

Dr. Schadenfreude learns of Eva's existence and attempts to steal her. When this fails, he exposes Igor to King Malbert who sends Igor to an "Igor Recycling Plant." Schadenfreude activates Eva's Evil Bone and unleashes her on the Science Fair where she destroys all the Evil Inventions whilst singing "Annie" songs. Scamper and Brain help Igor escape and they learn that Malbert had deliberately killed Malaria's crops with a weather ray that made storm clouds so he could implement his "Evil Inventions" plan, thereby keeping himself in power. Rushing into the arena, Igor reasons with the now enraged Eva which deactivates her Evil Bone and allowing her to regain her sweet personality while Scamper and Brain power down the weather ray which falls and crushes Malbert to his death.

Dr. Schadenfreude attempts to take power, but the citizens revolt upon learning of Malbert's deception and Eva humiliates him. The monarchy has been dissolved and Malaria becomes a republic with Igor as the president. Schadenfreude is then relegated to pickle salesman and for Jaclyn (who’s revealed to be a Heidi), a bretzel saleswoman (while she begin to have feelings with Schadenfreude's Igor) while the annual Science Fair becomes an annual musical theater showcase. Igor and Eva live happily together as Malaria becomes a better place.

Igor is a hunchback of the human body. He has brown eyes, deformed face, pale skin, black hair, and white nails. He wears a purple jacket with purple stripes and a purple belt goes on his neck, brown pants, and brown shoes. 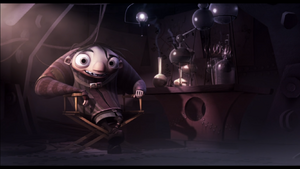 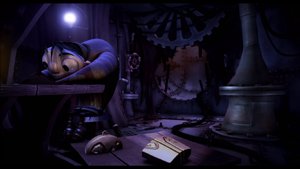 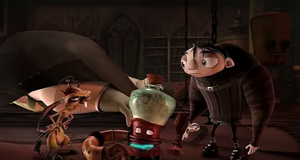 With Brain and Scamper 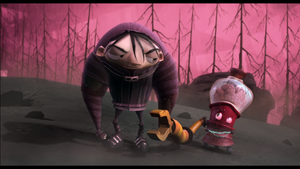 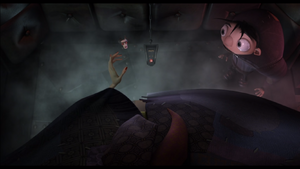 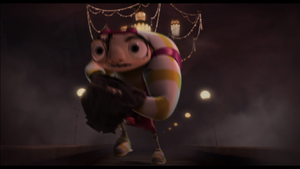 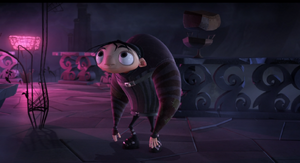 Igor takes off his beret 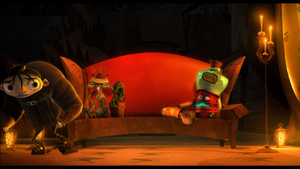 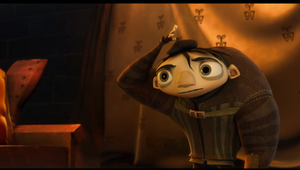 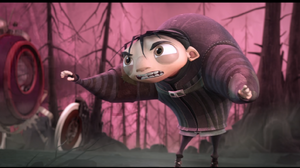 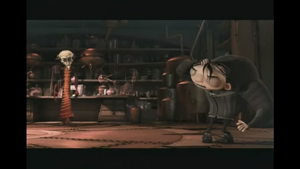 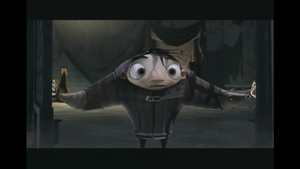 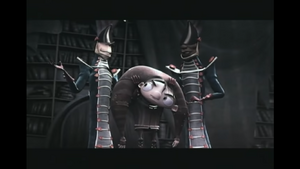 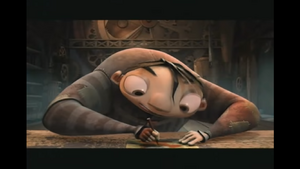 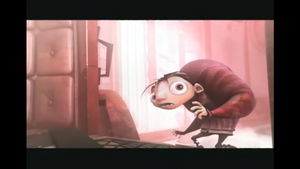 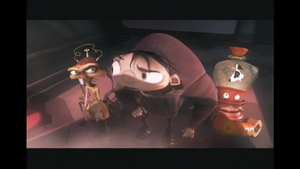 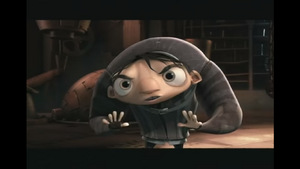 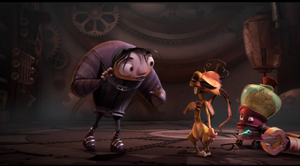 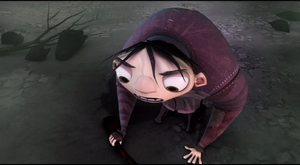 Igor is angry after holding an axe 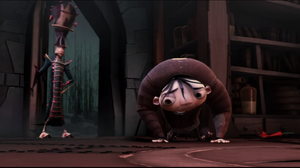 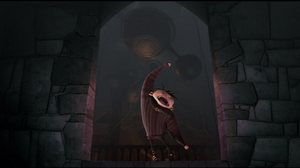 Igor is yelling
Community content is available under CC-BY-SA unless otherwise noted.
Advertisement